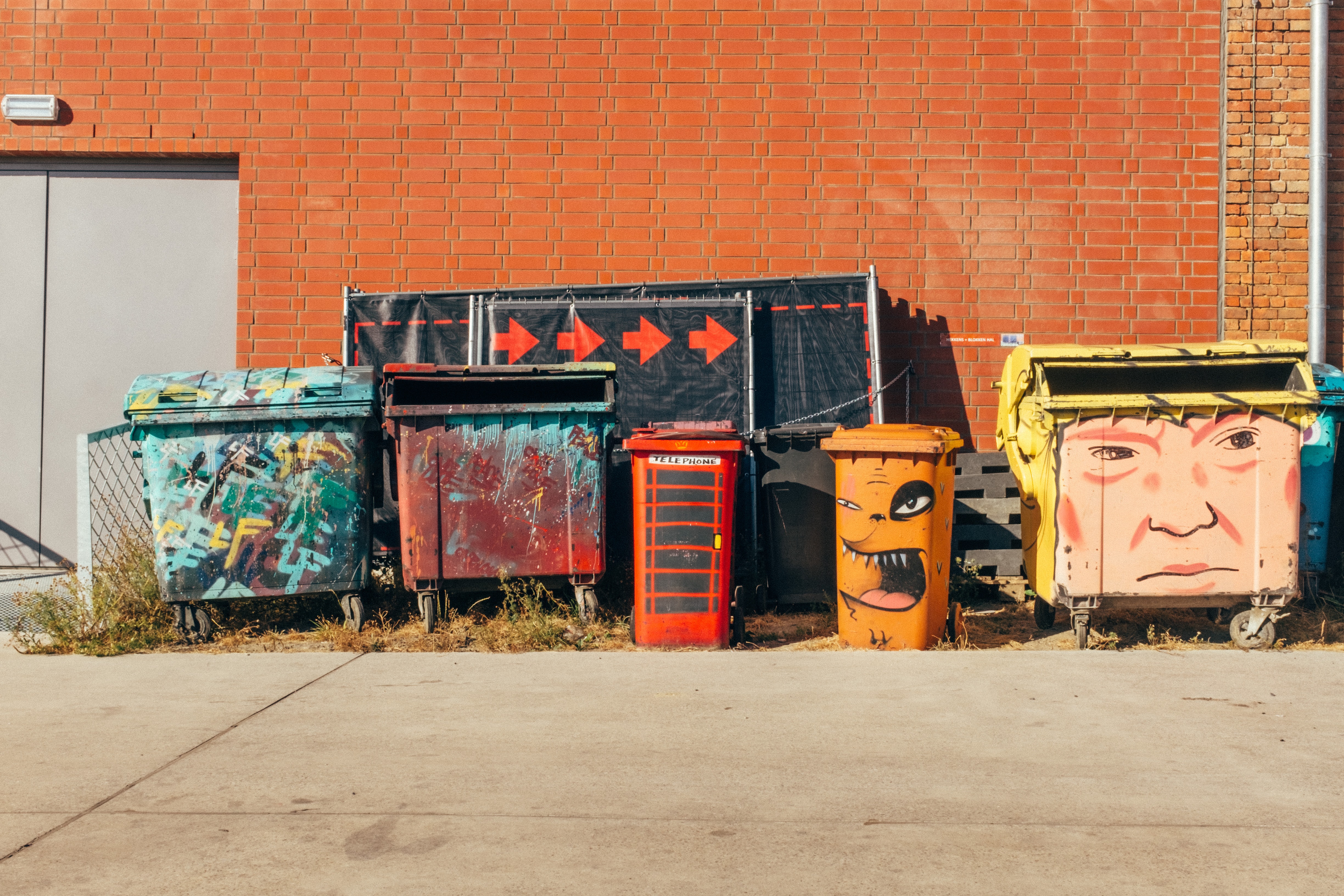 I have examined the HotSpot error files, hs_err, generated when the Java Virtual Machine (JVM) crashes (see here). A common “error” is the failure “to write core dump”.

The failure to write a core dump is however not the error causing the JVM to crash, it is merely the JVM informing you that no core dump was written.

TL;DR If you just want to get rid of the failure to write core dump, you can jump directly to the arguments to use.

Nota bene This will not solve the crash, you will just get a big file filling up your system, i.e. the core dump.

The core dump, or “Minidump” on Windows, is a snapshot of the crashed process. If you want an analogy, you can imagine the JVM being a car driving around, and suddenly crashing into whatever, like another car, a brick wall, or a badly behaving driver. In order to give the insurance company something to look at and try to find out what happened, the JVM can take a photo of the crash site.

Different operating systems have different ways of creating core dumps. Windows has the MiniDumpWriteDump function in the dbghelp.dll DLL, it is invoked by the JVM to trigger a core dump. On the POSIX OS family (i.e. Unix, Linux & macOS), the abort() function call will make the OS generate a core dump.

Failed to write core dump. Minidumps are not enabled by default on client versions of Windows

The “client” in the “Minidumps are not enabled by default on client versions of Windows” message refers to running on a Windows client as opposed to a Windows server; not to be confused with the old HotSpot Client/Server VM distinction. On a Windows client you have to tell the JVM to write the minidump. This has nothing to do with Windows per se, so you don’t need to change any settings in Windows (there are suggestions out there, that involves enabling settings for when Windows crashes, but this doesn’t apply here). The check to see if we’re executing on a Windows client version, is explicitly made in the JVM in order to not have minidump files (which can be considerably large) fill up Windows client user’s disk space. On a Windows server however the minidumps are enabled by default.

How to enable core dumps/minidumps

In order to enable core dumps on JDK 9 and above for any OS, you simply add the -XX:+CreateCoredumpOnCrash argument to the Java launcher.

If you instead want to disable core dumps, you replace the plus sign with a minus sign: -XX:-CreateCoredumpOnCrash.

On a client version of Windows running JDK 8, you add the -XX:+CreateMinidumpOnCrash argument to create a minidump when the JVM crashes.

If you instead want to disable core dumps on a Windows server, you replace the plus sign with a minus: -XX:-CreateMinidumpOnCrash.

On POSIX operating systems, core dumps can be disabled on the OS level. In such case, the JVM will report that “Core dumps have been disabled”.

To control the core dump file size, you use the ulimit command, and the -c argument. You set it to 0 to disable core dumps, and to unlimited to enable them. If you run ulimit -c unlimited, you will enable core dumps for all users and all programs. So, first enable core dumps at the OS level, then run the Java program. And remember that for JDK 9 and above, you need to add the -XX:+CreateCoredumpOnCrash.

When summarized in a table one can see that in JDK 9 and above, the handling of core dumps/minidumps is more consistent. The consistency was added to JDK 9 by JDK-8074354, “Make CreateMinidumpOnCrash a new name and available on all platforms”. The two tables below summarizes the arguments and OS requirements to enable and disable core dump writing respectively. Pay attention to the plus and minus sign.

In this table bold entries mark the setting needed to override the default behavior (i.e. only on Windows client do you need to explicitly enable core dumps).

The second table shows how to disable core dumps. Entries in bold show where the default needs to be overridden.

The core dump is an excellent addition to the hs_err text file. To examine it, you will need a native debugger.

We can already see quite a lot of things by just looking at the generated hs_err file.

We can see that the problematic frame where the crash happened is in native code, in dump.dll, and that a core dump was written. The native method was called by the jaokim.dumpster.Divider.native_div_call Java method. We can also see what seems to be some sort of divide by zero exception (EXCEPTION_INT_DIVIDE_BY_ZERO). If we however want to get more details from the native code in dump.dll, the hs_err file won’t help us more than this!

To get those missing details, we have to use a native debugger (ex. WinDbg on Windows) and the generated core dump. Below is a WinDbg screenshot pointing directly at the crashing line! 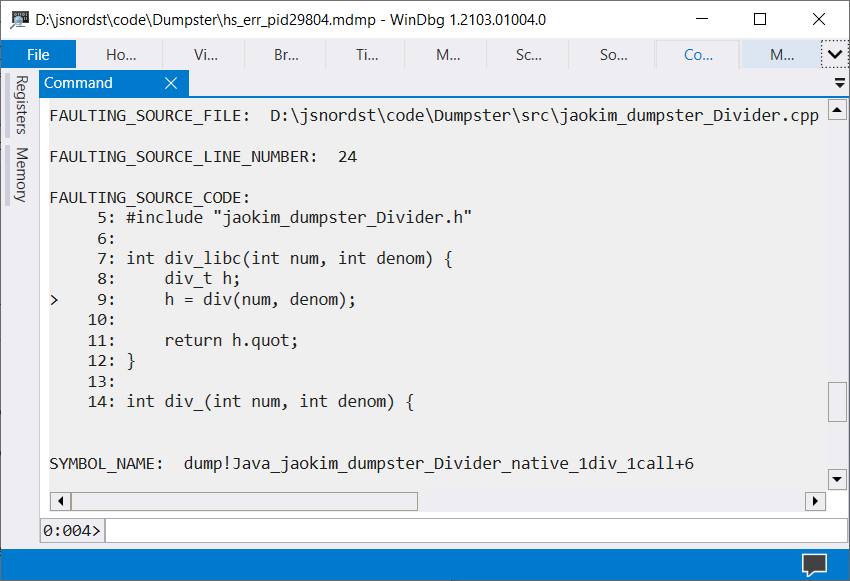 To find the exact source line, the native debugger needs to have the debugging symbols. For Windows, these are in the .pdb file generated when the dump.dll is compiled. (You can put the .pdb file in the same directory as the coredump in order for WinDbg to find it.) On POSIX OS, the shared object (dump.so) needs to be compiled with debug symbols turned on.

Usually, most developers don’t need the core dump, but should instead focus on the hs_err file to first find which component caused the crash.

The example code used to crash, is available on my GitHub.